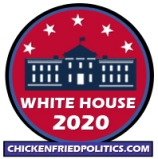 O’Rourke’s exit from the race, amid anemic polling results and fundraising numbers, was made official November 1 in front of a crowd of supporters in Des Moines, Iowa, where he had been scheduled to speak at a Democratic event with the rest of the 2020 field.

“This is a campaign that has prided itself on seeing things clearly and speaking honestly,” O’Rourke told a small crowd of subdued supporters. “We have clearly seen at this point that we do not have the means to pursue this campaign successfully and that my service will not be as a candidate, nor as the nominee of this party for president.”

An aide to O’Rourke later told reporters that he would not enter the U.S. Senate race in Texas, as some Democratic leaders have been urging him to do. The filing deadline in Texas is December 9.

O’Rourke’s short-lived campaign will perhaps be best remembered for a moment in a September debate where, in a call for mandatory buybacks of assault weapons, he said, “Hell, yes, we’re going to take your AR-15, your AK-47.”

While the audience cheered, even some of his fellow Democrats winced at a soundbite likely to be weaponized by Republicans — and which may have extinguished any hope of a statewide political future for O’Rourke in Texas.

But O’Rourke offered no apologies during his withdrawal speech, saluting his campaign for being “unafraid to confront the conventional wisdom of what it was possible to say in the public sphere.”

O’Rourke, 47 — whose given first name is Robert but who uses his childhood nickname, Beto, a Spanish diminutive — served three terms in Congress representing El Paso before deciding to challenge Republican U.S. Senator Ted Cruz in 2018.

Given little chance at the beginning, O’Rourke and his campaign fired the imagination of Democratic activists around the country, raising more than $80 million and coming within 3 points of ousting Cruz, the runner up to President Donald Trump in the 2016 GOP presidential contest.

O’Rourke hoped to ride that momentum to the Democratic nomination when he entered the race in late March. While his initial fundraising and polling numbers were strong amid an avalanche of media attention, both began to fade after uneven performances in early presidential debates.

O’Rourke pivoted to the gun control issue in August after a gunman killed 22 people at a Wal-Mart in his hometown of El Paso, but it did not resonate enough to propel him to the front of the Democratic pack.

O’Rourke was polling at 2 percent or less nationally and didn’t even register in one recent poll in Iowa, the first caucus state where he was drawing large crowds back in April.

His fundraising had also dried up, leaving his campaign with just $3.2 million at the end of September with early contests in Iowa and New Hampshire looming.

EL PASO (CFP) — Democrat Beto O’Rourke formally kicked off his 2020 president campaign with a speech to a hometown crowd in El Paso in which he called on Americans to show more compassion toward immigrants and take on an “unprecedented concentration of wealth and power” that he said has “corrupted our democracy.”

“This is our moment of truth, and we cannot be found wanting,” O’Rourke told supporters who crowded into a downtown street for the March 30 event. “The challenges before us are the greatest of our lifetimes.”

Among the challenges he cited were income inequality, access to health care and climate change. A recurring theme in O’Rourke’s speech was a call to take on powerful, wealthy interests, although he did not specify who those interests were or offer specifics of what he would do to counter them.

“For too long in this country, the powerful have maintained their privilege at the expense of the powerless,” he said. “Unrestrained money and influence has warped the priorities of this county. It has corrupted our democracy. It has invited the cynicism and distrust and disengagement of millions of are fellow Americans who see their very own government enthralled to those to can pay for access and for outcomes.”

In his extemporaneous speech, O’Rourke barely mentioned the man he hopes to displace, President Donald Trump, other than to accuse the president of sowing “fear and division.”

He also called for legal protection for young people brought into the country illegally by their parents and creating a pathway to citizenship “to bring millions more out of the shadows and on to a path to contribute their maximum potential to the success of this country.”

O’Rouke had announced his White House run via video in mid-March and made a series of appearances in the key early caucus state of Iowa. Saturday’s rally in El Paso, followed by similar rallies in Houston and Austin, marked the formal start of his campaign.

O’Rourke, 46 — whose given name is Robert but who goes by a childhood Spanish nickname, Beto — served three terms in the U.S. House representing metro El Paso before launching a campaign to unseat Republican U.S. Senator Ted Cruz in 2017.

Given little chance when the race began, O’Rourke’s campaign caught the imagination of liberal activists around the country, allowing him to raise more than $80 million and put what had been considered a safe seat in jeopardy.

In the end, Cruz won by 215,000 votes, but O’Rourke’s showing was the best by a Democrat in a Texas Senate race in 30 years. He decided to pass up the opportunity to take on Texas’s other Republican senator, John Cornyn, in 2020 in order to pursue a presidential bid.

After his initial announcement, O’Rourke raised more than $6 million in the first 24 hours. The quarterly reporting period for fundraising closed March 30, and O’Rourke is expected to lead the pack among Democratic 2020 contenders when fundraising figures are posted.