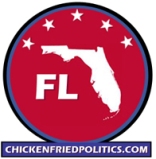 TALLAHASSEE (CFP) — Voters across the Sunshine State head to the polls Tuesday for in-person voting in a primary that features a number of competitive races for U.S. House party nominations and an effort by far-right provocateur Laura Loomer to capture a GOP U.S. House nomination in Palm Beach County.

Tuesday’s primary includes races for U.S. House, state legislature and local offices; no U.S. Senate seats or statewide offices are up in this cycle. Polls are open from 7 a.m. to 7 p.m. local time.

The only incumbent in significant danger Tuesday is Republican U.S. Rep. Ross Spano, who is being challenged for his party’s nomination in the 15th District (I-4 Corridor between Tampa and Orlando) by Lakeland City Commissioner Scott Franklin amid a federal criminal investigation into illegal loans made to his 2018 campaign. Spano has admitted his campaign violated campaign finance laws but denies any criminal wrongdoing. 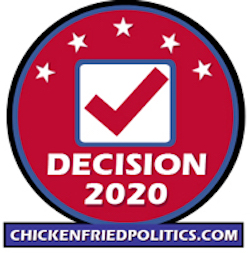 In the 3rd District (Gainesville and North-Central Florida), where U.S. Rep. Ted Yoho is retiring, 10 Republicans and three Democrats are scrambling for their party’s nominations.

Because Florida does not have primary runoffs, the first-place finisher in Tuesday’s crowded primary will win the nomination with a plurality and will be favored in November in the Republican-leaning district, which is mostly rural but includes the University of Florida.

The Democratic race in the 3rd District is between Adam Christensen, a Gainesville businessman; Phil Dodds, a software designer from Alachua who ran for the seat in 2012; and Tom Wells, a physicist who has been endorsed by the Democratic Socialists of America and groups affiliated with Vermont U.S. Senator Bernie Sanders.

Another Republican free-for-all is taking place in the 19th District (Fort Myers, Naples and Southwest Florida), where U.S. Rep. Francis Rooney is retiring and nine Republicans are running.

But State Rep. Byron Donalds of Naples has raised more then $1 million from donors and snagged endorsements from the National Rifle Association, the conservative Club for Growth, and the campaign arm of the House Freedom Caucus. Two other elected officials are also in the race: State House Majority Leader Dane Eagle from Cape Coral and Fort Myers Mayor Randy Henderson.

The 19th District is heavily Republican, which will make the primary winner the prohibitive favorite in November. However, Democrat David Holden, a Naples financial adviser who was the party’s nominee for the seat in 2018, has raised $230,000 for the race and looks poised to get a chance at a rematch. He lost to Rooney by 25 points in 2018.

In the 13th District (Pinellas County), five Republicans are competing for the right to take on Democratic U.S. Rep. Charlie Crist in what may be the GOP’s best chance to flip a Florida seat in 2020.

The race has become a contest between House Republicans leaders, who are backing Amanda Makki, a well-connected former congressional aide and Washington lobbyist, and Anna Paulina Luna, a conservative television personality and staunch defender of President Donald Trump who has the backing of Florida U.S. Rep. Matt Gaetz and has tapped the conservative grassroots to raise almost $1 million for the race.

Complicating their path is George Buck, a former college professor and emergency response consultant who was the party’s nominee for the seat in 2018, losing to Crist by 15 points. He has raised more than $1 million.

Buck made headlines during the campaign when he said he would push for a constitutional amendment that would prevent foreign-born U.S. citizens from serving in Congress — a restriction that would directly affect Makki, who was born in Iran.

Makki has also come under fire for her work as a policy analyst for Alaska U.S. Senator Lisa Murkowski, who has been one of the few Republican senators to distance herself from Trump. Trump’s son, Donald Jr., also publicly criticized Makki for using a photograph of the two of them together in her promotional materials, even though he has not endorsed her.

Crist is one of only two Florida Democrats whose seat is expected to be possibly competitive in 2020. The other is U.S. Rep. Stephanie Murphy in the 7th District (Orlando and its northern suburbs), where the Republican race is between Richard Goble, a mortgage broker from Lake Mary; Leo Valentin, an Orlando radiologist; and Yukong Zhao, a Chinese immigrant and energy executive from Orlando. Murphy won by 15 points in 2018

In the 21st District (Palm Beach County), Loomer is facing five other Republicans for the nomination to face Democratic U.S. Rep. Lois Frankel in November and has raised more than $1 million, outpacing even Frankel.

While the GOP winner will have little chance against Frankel in the heavily Democratic district, where no Republican even bothered to oppose her in 2018, Loomer would be yet another fringe nominee for Republican leaders to defend, after victories by adherents of the QAnon conspiracy theory in Georgia and Colorado.

Loomer, who describes herself as a “nationalist” but eschews the “alt-right” label, has been banned from a variety of social media sites — and even Uber and PayPal — for anti-Muslim rhetoric, describing herself on Twitter as a #ProudIslamophobe and calling for a ban on Muslims entering the country. Among her particular targets are the only two Muslim women in Congress, U.S. Reps. Rashida Tlaib of Michigan and Ilhan Omar of Minnesota.

Loomer has also drawn attention to herself for outlandish publicity stunts, including heckling reporters at the Conservative Political Action conference (which got her banned from the event); asking Chelsea Clinton at a book signing to autograph a book for a woman who alleges that the Clinton’s father, the former president, raped her; and interrupting the assassination scene in  performance of Shakespeare’s Julius Cesear in Central Park, shouting “this is violence against Donald Trump.”

She has also spread conspiracy theories, including that Omar had married her brother and that some school shootings were staged and survivors coached to talk to the media.

Despite that questionable pedigree, Loomer’s campaign has drawn support from Gaetz, Trump confidante Roger Stone, U.S. Rep. Paul Gosar of Arizona, and Fox News personality Jeanine Pirro. Trump retweeted a fundraising solicitation sent on Loomer’s behalf, although he has not endorsed her.

BOWLING GREEN, Kentucky (CFP) — U.S. Senator Rand Paul of Kentucky will break with Donald Trump and vote to overturn the president’s declaration of a national emergency to find money to construct a wall along the U.S.-Mexico border.

Paul is the fourth Republican senator to come out in favor of a resolution overturning the declaration, enough defections to get the measure through the Senate and force Trump to veto it.

Speaking at a Republican dinner Saturday in his hometown of Bowling Green, Paul cited constitutional objections to Trump’s plan to shift money to wall construction that has been earmarked by Congress for other purposes.

“We may want more money for border security, but Congress didn’t authorize it,” Paul said, according to a report in the Bowling Green Daily News. “If we take away those checks and balances, it’s a dangerous thing.”

Paul is the second Southern Republican senator to announce support for the resolution, joining North Carolina’s Thom Tillis in bolting from the party line.

Trump, frustrated by the unwillingness of the Democrat-controlled House to vote money for the border wall, declared a national emergency on February 15, which would allow him to shift $8 billion from other federal programs and use it for wall construction. Most of the money will come from appropriations for military construction and drug interdiction.

Under the law that governs national emergencies, Congress can overturn an emergency declaration with a majority vote in both houses. The House approved the measure by a vote of 245-182.

Only three of 101 Southern Republicans in the House opposed Trump’s declaration — Thomas Massie of Kentucky, Will Hurd of Texas, and Francis Rooney of Florida.

Republicans hold a 53-47 advantage in the Senate. With Paul, Tillis, Susan Collins of Maine and Lisa Murkowski of Alaska publicly opposed, the resolution overturning the declaration will pass the Senate if Democrats unite against it.

Trump has vowed to veto the resolution and has more than enough support in both houses to prevent his veto from being overridden. The battle will then move to federal court, where opponents are challenging the legality of the emergency declaration.

Paul, who doesn’t come up for re-election until 2022, had been seen as a likely yes vote on overturning the declaration. A libertarian known for opposing his party leadership on constitutional issues, Paul reportedly argued with Vice President Mike Pence about the declaration at a recent GOP party lunch.

The Southern Republicans in the Senate still deciding about whether to oppose the emergency declaration include Ted Cruz of Texas, Marco Rubio of Florida, and Lamar Alexander of Tennessee.

Paul, Cruz and Rubio were all presidential candidates against Trump in 2016. Alexander has announced he will retire in 2020.