Massie insists his stand was in defense of the Constitution, but Donald Trump suggests he be tossed from GOP 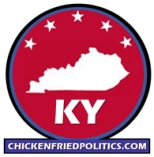 WASHINGTON (CFP) — U.S. Rep. Thomas Massie of Kentucky is defending his decision to force members of the House to return to Washington to vote on emergency coronavirus legislation against a torrent of criticism — including from President Donald Trump, who suggested Massie be drummed out of the Republican Party.

Massie objected to pushing through the $2 trillion measure with unanimous consent, which required House leaders to assemble a quorum of lawmakers who had to travel from their home districts back to the nation’s capital to vote on Friday.

U.S. Rep. Thomas Massie, R-Kentucky, rises to object in the House (From C-SPAN via YouTube)

“I came here to make sure our republic doesn’t die by unanimous consent in an empty chamber,” Massie said on the House floor, drawing audible groans from his fellow lawmakers.

Earlier in the day, Massie defended his decision to try to delay the massive spending bill on Twitter, saying “I swore an oath to uphold the constitution, and I take that oath seriously.”

“The Constitution requires that a quorum of members be present to conduct business in the House,” he said. “Right now, millions of essential, working-class Americans are still required to go to work during this pandemic … Is it too much to ask that the House do its job, just like the Senate did?”

Massie’s stand derailed a plan by House leaders in both parties to push the bill through with unanimous consent, which would have allowed members to remain in their districts, where most of them had been during a scheduled recess.

However, while Massie blocked unanimous consent, he was unable to find enough support to force a roll call vote on the bill, which passed by a voice vote and was quickly signed into law by Trump.

Massie’s move triggered an eruption by Trump on Twitter, who dismissed the Kentuckian as a “third rate grandstander.”

“He just wants the publicity,” Trump said. “Workers & small businesses need money now in order to survive. Virus wasn’t their fault. It is ‘HELL’ dealing with the Dems, had to give up some stupid things in order to get the ‘big picture’ done. 90% GREAT! WIN BACK HOUSE, but throw Massie out of Republican Party!”

Trump also reacted to a tweet from former Secretary of State John Kerry after he said that Massie had “tested positive for being an asshole”: “Never knew John Kerry had such a good sense of humor! Very impressed!”

Trump’s reaction is welcome news for Todd McMurtry, a Covington attorney who is challenging Massie in the Republican primary in Kentucky’s 4th District — and would be the beneficiary if the president decides to move against Massie.

Massie had been sufficiently concerned about Trump’s potential support of McMurty that he aired an attack ad against him during Super Bowl weekend on TV in Palm Beach, Florida, where the president was staying.

The 4th District includes suburban Cincinnati and the Ohio River Valley between Louisville and Ashland.

Kentucky’s primary, originally scheduled for May, was moved to June 23 because of the coronavirus pandemic.

While Trump and Democrats were scorching in their criticism of Massie, two members of the conservative House Freedom Caucus came to his defense.

U.S. Rep. Chip Roy of Texas told Trump to “back off,” calling Massie “one of the most principled men in Congress.”

“He is defending the Constitution today by requiring a quorum. There’s nothing 3rd rate about that, @realDonaldTrump,” Roy said in a tweet.

In his own tweet, U.S. Rep Paul Gosar of Arizona called Massie “a good man and a solid conservative.”

“He believes in the Constitution strongly. We won’t always agree on strategy or policy. But he doesn’t warrant this dressing down,” Gosar said, adding “Thomas—Hang tough brother.”