Trump champion will challenge Republican U.S. Senator Kelly Loeffler, who was appointed to the seat in December 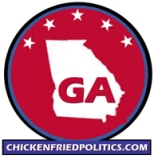 “We’re getting ready for a good time down here to keep defending this president, keep him working for the people of Georgia,” Collins said in a Wednesday morning appearance on “Fox & Friends” where he confirmed his candidacy. “We just need to have a process that let’s the people decide. Let them choose for themselves how they want to see this vision.”

In December, Kemp appointed Loeffler, a wealthy Atlanta business executive who had not previously held political office, to the seat vacated by veteran Republican Johnny Isakson, rebuffing furious lobbying by conservatives who preferred Collins, a Gainesville Republican serving his fourth term in the House who has led the charge against Trump’s impeachment as ranking Republican on the House Judiciary Committee. 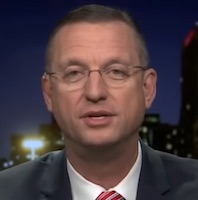 The question that will now hang over the race is whether Trump will buck Kemp and the Senate Republican establishment and endorse Collins over Loeffler, the incumbent. The president was reportedly cool to Loeffler’s appointment before it was made, although he has since singled her out for praise.

Asked if he expected Trump’s support, Collins said, “I think that’s up the president.”

Even with Trump’s support, Collins will have to battle against what is likely to be Loeffler’s significant financial advantage. He starts the race with less than $1.4 million in his campaign account, while she is expected to tap $20 million from her own fortune for the campaign.

“The shortsightedness in this decision is stunning,” said Kevin McLaughlin, executive director of the National Republican Senatorial Committee, in a statement. “Doug Collins’ selfishness will hurt (Georgia U.S. Senator) David Perdue, Kelly Loeffler, and President Trump. Not to mention the people of Georgia who stand to bear the burden of it for years to come. All he has done is put two senate seats, multiple house seats, and Georgia’s 16 electoral votes in play.”

“It’s so selfish of Doug Collins to be promoting himself when President Trump needs a unified team and Senator Loeffler is such a warrior for the President,” said Steven Law, president of the McConnell-aligned Senate Leadership Fund, in a statement. “As we’ve said before, Senator Loeffler is an outsider like Trump, not just another D.C. politician. We’ll have her back if she needs us.”

Collins fired right back on Twitter, employing one of Trump’s favorite phrases to deride McLaughlin’s comments: “This is FAKE NEWS coming from the head of a Washington-based group whose bylaws require him to support all incumbents, even unelected ones.”

In addition to Loeffler’s seat, Perdue is also up for election in 2020. The two Republican-held seats in Georgia will be key in Democratic efforts to overturn the GOP’s three-seat Senate majority.

The next act in the Collins-Loeffler race may take place in the Georgia legislature, where Collins supporters — with the backing of Democrats — may try to change the rules governing the November special election to his advantage.

As state law now stands, candidates from all parties will run in November, with the top two vote-getters advancing to a runoff if no one gets a majority. However, some Republicans in the House, with the support of Speaker David Ralston, are pushing to create regular party primaries for seat, which would set up a one-on-one match-up between Collins and Loeffler in a Republican-only electorate.

Kemp has threatened to veto the bill. However, House Democrats have indicated they may support the change, which could create a veto-proof majority with just 45 out of the 104 Republicans in the House.

In addition to possibly helping Collins, a party primary would ensure that a Democrat would get a clean shot at either Loeffler or Collins, rather than battling them both.

Democrats, not surprisingly, were gleeful about Collins’s decision to enter the race and upset Kemp’s best-laid plans.

“This expensive, protracted brawl — already playing out on the front page — will force unelected mega-donor Senator Loeffler and Trump ally Congressman Collins into a race to the right that reveals just how out-of-touch both are with Georgia voters,” said Helen Kalla, a spokesperson for the Democratic Senatorial Campaign Committee, in a statement.

Four Democrats have already gotten into the race against Loeffler, including Matt Lieberman, a businessman from Cobb County and son of former Connecticut U.S. Senator Joe Lieberman; Ed Tarver, a former state senator and federal prosecutor from Augusta; Richard Winfield, a philosophy professor at the University of Georgia; and Tamara Johnson-Shealey, a nail salon owner and law student from DeKalb County.

Collins, 53, was a lawyer and Baptist pastor before being elected to Congress in 2012. He is also a chaplain in the U.S. Air Force reserves.

His 9th District, which covers the state’s northeastern corner, is heavily Republican and is likely to stay in GOP hands after his departure, though his pursuit of the Senate will likely trigger a competitive primary in the five weeks remaining before the filing deadline.

Before being appointed to the Senate, Loeffler, 49, worked as an executive at Intercontinental Exchange, the parent company of the New York Stock Exchange; she is married to Jeffrey Sprecher, the company’s founder and CEO.

Loeffler is also co-owner of the WNBA’s Atlanta Dream, which she purchased with a partner in 2010.

BIRMINGHAM (CNN) — In a rebuke to Senate Republican leaders and President Donald Trump, Alabama Republicans have chosen former Roy Moore, a man twice removed as chief justice of the state’s highest court, for a U.S. Senate seat over incumbent Luther Strange, who failed to secure by election the post he gained by appointment just seven months ago.

Moore, 70, who became a darling of Christian conservatives by defying federal court orders on displaying the Ten Commandments and same-sex marriage, took 55 percent of the vote in the September 26 runoff to 45 percent for Strange, who had the backing of both Trump and Senate Majority Leader Mitch McConnell.

And despite Trump’s conspicuous support for Strange, Moore said, “Don’t let anybody in the press think that because he supported my opponent that I don’t support him and support his agenda … as long as its constitutional.”

Strange, who gave up being state attorney general to take the Senate appointment, could not hold his seat despite solid establishment support and a huge financial advantage over Moore. Speaking to supporters in Birmingham, he acknowledged that his campaign failed to navigate the anti-establishment waves now coursing through American politics.

“We’re dealing with a political environment that I’ve never had any experience with,” Strange said. “The political winds in the country right now … are very hard to understand.”

Strange also thanked Trump and said the responsibility for his loss lies with him, not the president.

“If this causes him any trouble, it’s not his fault,” Strange said. “The fault always lies in the candidate or the head coach or the guy holding the ball.”

Moore will now face Democrat Doug Jones, a former federal prosecutor from Birmingham, in a general election on December 12. And although Democrats haven’t won a Senate election in Alabama in 25 years, the nomination of the controversial Moore provides at least a glimmer of hope for an upset.

Jones, speaking to supporters in Birmingham as the results of the GOP race were coming in, predicted that he would win in December once voters began focusing on issues.

“We have the wind at our back,” Jones said. “We believe we have the issues people care about which you have not heard any discussions about. People are concerned about health care and the economy. People want to see this state moving forward. I believe that we can do that.”

Moore’s nomination also means that McConnell faces the unpleasant prospect of having a new member in his caucus who has castigated McConnell on the campaign trail and called for his ouster — no small consideration given that Republicans have a thin majority of just 52 seats in the 100-member Senate.

McConnell went all in for Strange during the primary. The Senate Leadership Fund, a PAC affiliated with the majority leader, poured more than $5 million into the race, the bulk of it for attack ads against Moore.

Both Strange and Moore cast themselves as champions of Trump’s agenda, in a state where he remains popular. But the president put his personal power and prestige on the line for Strange, formally endorsing him just a week before the first round of voting in August and coming to Alabama to campaign with him four days before the runoff.

During Trump’s pre-election appearance in Huntsville, he conceded that his endorsement of Strange might turn out to be a mistake should the senator lose — but that he would campaign “like hell” for Moore if he won.

The battle in Alabama became a proxy war between the Senate GOP leaders and their intra-party critics, who have embraced the Moore candidacy as a way of giving McConnell a black eye. Breitbart News, the website run by Trump’s former chief strategist, Steve Bannon, banged its drum for Moore, and former GOP vice presidential candidate Sarah Palin campaigned by his side.

The twist in the Alabama race was that Trump was on the side of the GOP establishment, rather than Moore, the insurgent outsider who has said he believes God put Trump in the White House.

Strange, 64, was appointed to the Senate in February by former Governor Robert Bentley after Jeff Sessions was named as Trump’s attorney general.

At the time, Strange was Alabama’s attorney general, and his office had been involved in investigating the governor’s conduct. Bentley also handed Strange another gift, delaying a special election to permanently fill the Senate seat until November 2018, which would have given Strange nearly two years of incumbency before he had to face voters.

The circumstances of Strange’s appointment, and the perception that it might have been the result of a political deal with the disgraced Bentley, dogged the senator throughout the campaign, even though he has strongly denied any impropriety and no evidence of a corrupt bargain has surfaced.

Moore first gained national notoriety as a local judge in 1995 after battling the ACLU over his practice of opening court sessions with a prayer and hanging the Ten Commandments in his courtroom.

He parlayed that prominence into election as chief justice in 2000 but was forced out in 2003 after he had a display of the Ten Commandments installed in the rotunda of the state judicial building and then defied a federal judge’s order to remove it.

Moore was once again elected chief justice in 2012, but in 2016, he was suspended by a judicial disciplinary panel for the rest of his term for ethics violations after urging local officials to defy the U.S. Supreme Court decision legalizing same-sex marriage.

After losing an appeal of his suspension, Moore resigned from the Supreme Court to run for the Senate.