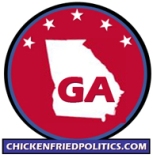 ROME, Georgia (CFP) — In what may become an ongoing headache for Republican leaders in Washington, Marjorie Taylor Greene — who has been denounced for posting racist and anti-Muslim videos, peddling an anti-Semitic trope and giving credence to the QAnon conspiracy theory — has won the party’s nomination for the 14th District in northwest Georgia, putting her on track to win a seat in Congress in November from the heavily Republican district.

Greene, a businesswoman from Milton who did not even live in the district when the race began, took 60 percent in the Republican runoff to defeat John Cowan, a Rome neurosurgeon who had denounced her as “crazy” and a “circus act.”

After Greene came in first place in June, videos she posted on social media surfaced in which she decried an “Islamic invasion,” said African Americans were “slaves” to the Democratic Party, and pushed a false conspiracy theory that liberal megadonor George Soros had collaborated with the Nazis during the Holocaust.

She also expressed her belief in the validity of QAnon, a conspiracy theory that posits that a secret “deep state” is working to undermine President Donald Trump.

Greene pushed back against the string of negative stories by denouncing them as “fake news” pushed by news media outlets trying to derail her campaign.

House Minority Leader Kevin McCarthy — who may soon have Greene in his caucus — called the videos “appalling” but did not get directly involved in the runoff. House Minority Whip Steve Scalise supported Cowan and raised money for him.

The 14th District is solidly Republican. The only person standing between Greene and Congress is Democrat Kevin Van Ausdel, a financial technology professional from Catoosa who has raised less than $20,000 for the race.

In the other race of note in the Peach State Tuesday, GOP leaders were successful in blocking State Rep. Matt Gurtler from the party nomination in the 9th District in northeast Georgia.

Gurtler, from Tiger, was defeated by Andrew Clyde, who owns a firearms business in Jackson County.

During his four years in the legislature, Gurtler had so irritated Republican leaders that they unsuccessfully tried to defeat him in a primary in 2018. Party leaders who did not want to see Gurtler in Congress pulled out all the stops to support Clyde, who was making his first run for political office and had little public profile before the race began.

Clyde will now face Democrat Devin Pandy, a retired Army veteran and actor from Commerce, who won his party’s runoff.

Like the 14th District, the 9th is also solidly Republican. The seat is currently held by U.S. Rep. Doug Collins, who gave it up to run for the U.S. Senate.

WASHINGTON (CFP) — Congressional leaders have named eight Southerners to a 17-member conference committee that will try to come up with a border security compromise to avoid another government shutdown on February 15.

Six Republicans and two Democrats from the South were named to the joint House-Senate panel, which was set up to hash out an agreement after legislation to reopen the government passed on January 26.

The list of Senate conferees includes Richard Shelby of Alabama and Shelley Moore Capito of West Virginia, both Republicans. None of the four Southern Democrats who serve in the Senate were selected.

On the House side, all four of the GOP conferees are from the South — Kay Granger of Texas, Chuck Fleischmann of Tennessee, Tom Graves of Georgia, and Steve Palazzo of Mississippi.

Two Southern Democrats are among the six Democrats picked for the panel by House Speaker Nancy Pelosi — David Price of North Carolina and Henry Cuellar of Texas.

All of the Southern members on the conference committee serve on either the House or Senate appropriations committee, which controls federal spending.

President Donald Trump and congressional leaders agreed to reopen the government until February 15 in order to come up with a compromise on funding for border security.

Trump has asked for $5.7 billion to build a physical barrier along the U.S.-Mexico border, an idea which Democratic leaders oppose.