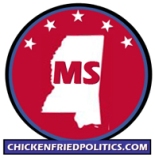 JACKSON (CFP) — Mississippi Lieutenant Governor Tate Reeves has won the Republican runoff for governor, setting up a November contest with Democratic Attorney General Jim Hood that could be the most competitive governor’s race in the Magnolia State in a generation.

In the other statewide runoff for the Republican nomination for attorney general, State Treasurer Lynn Fitch defeated Andy Taggart, a former Madison County supervisor, by a margin of 52 percent to 48 percent.

Her win sets up an all-female contest in November against Democrat Jennifer Riley-Collins, the former executive director of the ACLU of Mississippi. The winner will make history as the first woman to serve as the state’s top law enforcement official. 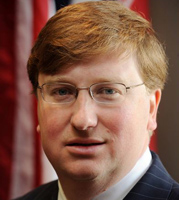 The primary win by Reeves, 45, completes an ascent through state politics that began when he was elected as state treasurer in 2003 at age 29. After two terms as treasurer, he was elected twice as lieutenant governor.

He will now face Hood, 57, the lone Democrat holding statewide office in Mississippi, who has been attorney general since 2004.

During the campaign, Hood has parted ways with national Democrats by taking more conservative positions on criminal justice and legal abortion, which he opposes. He has also made expanding Medicaid in Mississippi — long blocked by Republicans in Jackson — a centerpiece of his campaign.

However, any Democrat faces a steep climb in ruby red Mississippi, which has not elected a Democrat as governor since 1999.

Mississippi is one of three Southern states holding off-year elections for governor and other state offices in 2019, joining Kentucky and Louisiana.

By shumater in Decision Central '19, Mississippi, State Races on August 27, 2019.
← Mississippi Republicans will decide runoffs for governor, attorney general Georgia Republican U.S. Senator Johnny Isakson will resign at the end of the year →