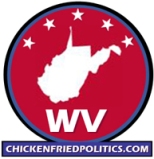 CHARLESTON, West Virginia (CFP) — After toying for months with the idea of leaving the U.S. Senate for another shot at West Virginia’s governorship, Democrat Joe Manchin has announced he will not run against Republican Governor Jim Justice in 2020.

The decision deprives Democrats of the most formidable candidate they had to defeat Justice, who bolted to the GOP shortly after winning election as a Democrat in 2016.

In a September 3 statement announcing his decision, Manchin called the governorship, which he held from 2005 to 2010, “the best job I ever had.” But he said he decided he “couldn’t focus just on which job I enjoyed the most, but on where I could be the most effective.”

“I believe my role as U.S. Senator allows me to position our state for success for the rest of this century,” he said.

Manchin also went out of his way to mention President Donald Trump, an popular figure in the Mountaineer State who campaigned against his re-election in 2018 and will likely pull out all of the tops for Justice next year.

“As I have done since coming to Washington, I will work with the President to accomplish what best serves our state and our country, and I will speak truth to power when I don’t agree with the path the President has chosen to take,” he said. “That is what West Virginians elected me to do.”

Manchin’s decision came just days after the West Virginia Metro News published a poll showing him with a 10-point lead over Justice in a hypothetical match-up.

The senator has won two statewide contests for governor and three for Senate, surviving in 2018 despite Trump’s vocal support for his Republican opponent, in a state the president carried by 40 points in 2016.

With Manchin out, Democrats in West Virginia have a thin bench of possibilities to take on Justice.

While Manchin’s decision not to run clears a major hurdle for Justice, the governor is facing at least two Republican primary challengers. Pro- and anti-Justice factions have been battling for control of the state party, and the governor’s business dealings have also come under scrutiny, including questions about conflicts of interest and delinquent taxes.

Justice, 68, a billionarie who had never held elected office before winning the governorship, is thought to be the state’s wealthiest individual, with interests in coal mining and agribusiness. He also owns the famed Greenbrier resort in White Sulphur Springs.

In 2015, he switched his party registration from Republican to Democrat to run for governor. Less than seven months after being elected, he announced he was switching parties during a rally with Trump.

The White House has signaled the president’s support for Justice, sending two key aides to West Virginia to advise his campaign.