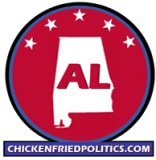 MONTGOMERY (CFP) — Voters in Montgomery have made history by overwhelmingly electing Stephen Reed as the first African-American mayor in the city’s 200-year history.

Reed, 45, currently a county probate judge, will now lead Alabama’s capital city, which served as the first capital of the Confederacy in 1861 and played a pivotal role in the civil rights movement led by a young Montgomery pastor, Martin Luther King Jr. 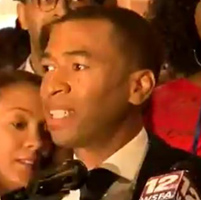 “This election has never been about me,” Reed told supporters at his victory celebration October 8. “It’s been about all of the hopes and dreams that we have as individuals and collectively as a city.”

The population of Montgomery is nearly 57 percent African American, and black voters now make up a majority of the electorate. But for the past decade, it has been led by Mayor Todd Strange, a white Republican businessman who did not seek re-election.

The mayor’s post is non-partisan; Reed is a Democrat.

Reed’s father, Joe Reed, leads the Alabama Democratic Conference, an African-American political organization that is influential in state Democratic politics. He was also part of group of four African Americans who broke the color barrier in 1975 when they were elected to the Montgomery City Council.

Steven Reed was elected as probate judge in Montgomery County in 2012. He will take office as mayor in November.