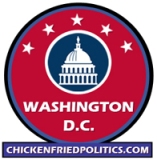 WASHINGTON (CFP) — The political and legal jeopardy facing U.S. Senator Richard Burr intensified Thursday, after the FBI executed a search warrant for his phone as part of an investigation into stock sales he made before the coronavirus crisis caused a market plunge.

Just hours after the Los Angeles Times broke the news about the search warrant, the North Carolina Republican temporarily stepped aside as chair of the Senate Intelligence Committee.

Senate Majority Leader Mitch McConnell, R-Kentucky, said Burr would relinquish the chairmanship “during the pendency of the investigation.”

“We agreed that this decision would be in the best interests of the committee,” McConnell said in a statement. 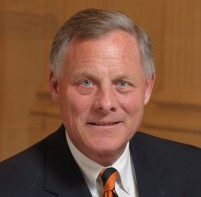 In brief remarks to a reporter Thursday, Burr, who has previously denied any wrongdoing in the stock sales, said he had been cooperating with the investigation, which he said should be allowed “to play out.”

Burr said he decided to step down from his chairmanship because the investigation “is a distraction to the hard work of the committee, and the members and I think that the security of the country is too important to have a distraction.”

Burr had been cruising toward retirement in his last term in the Senate as head of one of its most important committees before he was hit by blowback from stock sales he made in February, which are now being investigated by both the Justice Department and the Securities and Exchange Commission.

At issue is whether Burr used inside information he obtained as a senator to make the stock sales, which would violate federal law.

An FBI search warrant would have required a finding by a federal judge of probable cause that a crime had been committed and approval at the highest levels of the Justice Department, an indication of the seriousness of Burr’s potential legal jeopardy.

An analysis of financial disclosure reports by the Center for Responsive Politics, a non-partisan research group, showed that on February 13, Burr sold 33 stocks worth between $628,000 and $1.7 million dollars, including stocks in hotel companies hard hit by the coronavirus. The stock market began to plunge about a week later.

Senators only have to report financial transactions within ranges on disclosure reports, so the exact amount of Burr’s stock sales is unknown.

Prior to his stock sales, Burr, as the intelligence committee chair, was receiving daily briefings from Trump administration officials about coronavirus.

Members of Congress are permitted to own and trade stocks. However, trades have to be disclosed, and it is illegal for them to buy and sell stock based on insider information that isn’t available to the general public, under a law passed in 2012 that Burr voted against.

Burr has said his stock trades were based solely on publicly available information.

In addition to the stock sales themselves, Burr’s public comments during the early days of the coronavirus crisis have contributed to the firestorm he now faces.

On February 7, Burr co-wrote an opinion article for Fox News in which he said that the United States “is better prepared than ever before to face emerging public health threats, like the coronavirus” and said public health officials were moving “swiftly and decisively” to deal with the threat.

But a week later, he began selling stock, and on February 27, he told a private meeting of North Carolina business leaders that coronavirus “is much more aggressive in its transmission than anything that we have seen in recent history,” according to audio of the speech obtained by National Public Radio.

Burr also likened coronavirus to the 1918 Spanish flu pandemic that is believed to have killed at least 17 million people worldwide, NPR reported.

It will be up to McConnell to pick a new chair for the intelligence panel Among the names being considered is Florida U.S. Senator Marco Rubio.

Speaking to reporters Thursday, Rubio indicated he would be wiling to serve but downplayed the impact of the change, saying “whoever gets it is going to be a backup quarterback coming into the game for a few plays while the guy goes through a concussion protocol.”

Several other senators have had their stock trades come under scrutiny amid the coronavirus market plunge, including Kelley Loeffler of Georgia and Dianne Feinstein of California.

A spokesperson for Loeffler said Thursday that she has not been served with a search warrant.