Results finally in after week of counting avalanche of absentee ballots 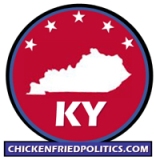 Final results showed McGrath with 45% to 43% for Booker, whose scrappy campaign surged from behind in the closing weeks of the race to nearly inflict an embarrassing defeat on the chosen candidate of the Democratic establishment in Washington. 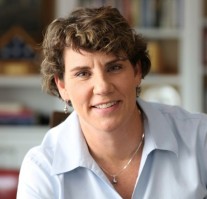 McGrath, 45, a former Marine fighter pilot who narrowly lost a race for the U.S. House in 2018, will now take on Kentucky’s most formidable political figure, Senate Majority Leader Mitch McConnell, who is seeking a seventh term in November.

Reporting of final results was delayed for a week while elections officials counted hundreds of thousands of absentee ballots cast in a primary that had been postponed for nearly two months because of the coronavirus crisis.

Kentucky does not have primary runoffs, so McGrath won with a plurality.

Booker held a narrow lead in the in-person vote and beat McGrath by more than 20 points in Jefferson County, which includes Louisville. But she did better in the absentee vote and carried most of the rest of the state.

McGrath has raised more than $40 million and has the backing of Senate Minority Leader Chuck Schumer and the Democratic Senatorial Campaign Committee. She spent $20 million in the Senate primary, almost all of it on ads that focused on McConnell, rather than her primary opponents.

But Booker, 35, in only his first term in the legislature, came from behind by criticizing McGrath as a “pro-Trump Democrat” unable to motivate the party’s grassroots.

He got the backing of luminaries on the Democratic left such as U.S. Senators Bernie Sanders and Elizabeth Warren, and U.S. Rep. Alexandria Ocasio-Cortez of New York, as well as snagging endorsements from state’s two largest newspapers, the Louisville Courier-Journal and the Lexington Herald-Leader.

One factor in the race was the effect of protests over police violence that have roiled Louisville, home to the state’s largest pool of Democratic voters, in the wake of the death of Breonna Taylor, an African-American woman who was mistakenly shot in her home by police executing a no-knock warrant.

In the race’s closing days, Booker went up with ads criticizing McGrath for not participating in the protests, which included a awkward clip from a recent debate in which McGrath said she wasn’t involved because she “had some family things going on.” By contrast, Booker was shown addressing the protest crowd will a bullhorn.