AUSTIN (CFP) — Heading into Tuesday’s election, Texas Democrats were hopeful that 2020 would finally be the year that the Lone Star State would turn purple.

They had targeted 10 U.S. House seats and had hopes of flipping a U.S. Senate seat and grabbing control of the state House — and perhaps even winning the state’s presidential electoral votes for the first time since 1976.

Exactly none of that happened. 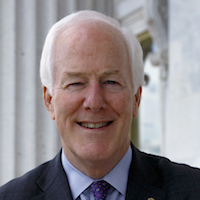 President Donald Trump carried Texas by 6 points; U.S. Senator John Cornyn won by 10 points over Democrat MJ Hegar; none of the targeted U.S. House incumbents lost; and the balance of power in the Texas House will be about where it was before the election began.

The only bright spot for Democrats was that they kept the two U.S. House seats they flipped in 2018, as Collin Allred won re-election in Dallas, and Lizzie Fletcher won in Houston.

Perhaps nothing symbolized Democrats’ night of woe as much as what happened in the 23rd U.S. House District, which stretches across a vast expanse of West Texas from San Antonio toward El Paso.

This district is always hard fought, changing hands four times in the last 20 years. Two years ago, Republican Will Hurd won it by a mere 926 votes over Democrat Gina Ortiz Jones.

After Hurd retired, Ortiz Jones ran again and was expected to pick up the seat. But she lost to Republican Tony Gonzales by 9,300 votes, a worse showing than two years ago.

Democrats had also expected to pick up the Dallas-area seat that had been held by Kenny Marchant, but former Irving Mayor Beth Van Duyne appears to have won a narrow victory over Democrat Candace Valenzuela, although the race has yet to be called.

Roy’s victory was particularly sweet for Republicans, as he defeated former Democratic State Senator Wendy Davis, who gained a national following in 2013 after filibustering to kill a bill restricting legal abortion, which she parlayed into an unsuccessful run for governor in 2014.

Davis moved from Fort Worth to Austin to run against Roy and raised nearly $9 million. But in the end, it was not enough to overcome Texas’s Republican tendencies.

Which was the story of the night for Texas Democrats.