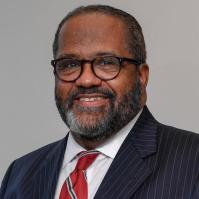 Carter won 55 percent of the vote to 45 percent for State Senator Karen Carter-Peterson. He  will replace Cedric Richmond, who resigned to take a job as the White House public engagement director in the Biden administration.

“We’ve had a long, hard-fought campaign, and God has blessed us with a victory,” Carter said in a victory address to supporters after the vote. “Your voice was heard at the ballot box, and now I want to go to Washington to be your voice.”

Carter, who led in the first round of voting in April, was endorsed by Richmond and also had support from much of the Democratic establishment and major unions.

Carter-Peterson had support from the Congressional Progressive Caucus and from liberal grassroots group such as Democracy for America and Our Revolution, a group spun out of Bernie Sanders’s 2016 presidential campaign.

Carter-Peterson was trying to become the first black woman ever elected to Congress from the Pelican State.

The majority black 2nd District includes most of New Orleans and part of Baton Rouge, along with the River Parishes between the two cities.

Carter-Peterson carried the parts of the district in and around Baton Rouge, but Carter beat her in the two largest parishes, Orleans and Jefferson.

His win will expand the Democratic majority in the House from two to three seats, with three Democratic-leaning seats also vacant in Florida, New Mexico and Ohio. Two Republican-held seats are open in Texas and Ohio.