Voting will take place at 39 different locations across the commonwealth, using weighted and ranked-choice voting 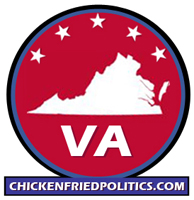 RICHMOND (CFP) — Republicans delegates will gather across Virginia on Saturday to pick their nominees for governor, lieutenant governor and attorney general using a complex process that will leave candidates waiting for results for days — results that, in an echo of 2020, one candidate for governor has already warned supporters not to trust.

All three races have drawn crowded fields, with seven candidates in the governor’s race, six running for lieutenant governor, and four competing for attorney general. Republicans have not won any of those offices since 2009.

The Republican Party of Virginia decided to nominate candidates with a convention, rather than a primary, which is allowed under state law but which set off internal wrangling over process that is likely to continue long after the votes are cast.

After discarding plans for a state convention at a single location due to COVID-19 concerns, the more than 53,000 delegates who have registered to participate will drop off ballots at one of 39 drive-thru polling locations. The locations will be open from 9 a.m. to 4 p.m.

Ballots will then be driven to a central location in Richmond to be counted by hand, after some candidates objected to electronic counting. Counting won’t begin until Sunday and is expected to last until at least Tuesday before winners are declared. The counting process will be live-streamed.

Despite loud complaints from Republicans nationally about voter fraud, NBC News reported that the state party quietly decided to let delegates participate who did not provide their state-issued voter ID number or signature on their delegate applications, although ID will be required to cast ballots Saturday.

Further complicating the process is the fact that delegate votes won’t count equally but will be weighted based on where each delegate lives.

Each county and independent city in Virginia was given a number of delegates based on Republican performance in past elections, and delegates from each locality will pick those delegates. That means that some rural, heavily Republican counties will elect more delegates than much larger, Democratic Richmond, although larger numbers of delegates in those areas could make the value of each individual delegate vote less.

To add another layer of complexity, the party is also using ranked-choice voting, in which delegates will rank candidates rather than selecting one. If no candidate gains a majority, candidates with fewer votes will be eliminated and their votes reassigned to delegates’ second choices, until someone gains a majority.

Ranked-choice voting is normally associated with more Democratic-leaning electorates, such as the city of San Francisco and the state of Maine. But Virginia Republicans used the process in electing a party chair in 2020 and opted to continue with the practice this year.

The decision to hold a convention rather than a primary and use ranked-choice voting have been seen as maneuvers to block State Senator Amanda Chase from winning the party’s nomination for governor.

Chase — who describes herself as “Trump in heels” — would have been formidable in a primary or a convention where a candidate could win with a plurality. She has loudly objected to procedural decisions by state party leaders, at one point threatening to bolt and run as an independent.

In a recent fundraising email sent to supporters, Chase said, in all caps, “DO NOT TRUST THE PARTY TO DELIVER ACCURATE RESULTS” and threatened a lawsuit if the party’s figures don’t match those compiled by her own campaign.

Since the 2020 election, Chase has embraced Donald Trump’s unfounded claims of widespread voter fraud and his assertion that he was cheated out of re-election.

In addition to Chase, the governor’s race includes State Delegate Kirk Cox, who served as House speaker until Republicans lost control of the legislature in 2017; Glenn Youngkin, an investment company executive; Pete Snyder, a venture capitalist who was the GOP nominee for lieutenant governor in 2013; Octavia Johnson, the former sheriff in Roanoke; Peter Doran, a former think tank CEO; and Sergio de la Peña, a former Army colonel who served as a deputy assistant defense secretary in the Pentagon during the Trump administration.

The survivor of the convention will likely face the formidable challenge of trying to beat Democratic former governor Terry McAuliffe, who is trying to reclaim the post he held from 2014 to 2018 and holds a wide lead in polls in the Democratic race.

The lieutenant governor’s race was rocked in the final stretch with an anonymous robocall accusing Davis of being a “gay Democrat.” He filed a defamation suit to try to unmask who was behind the attack.

Democrats will choose their nominees for all three offices in a June 8 primary.