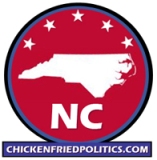 CHARLOTTE (CFP) — Voters in two North Carolina congressional districts will go to the polls Tuesday to fill vacant seats, with Democrats hoping to make a breakthrough by flipping the 9th District into their column.

In a sign of the national implications of the vote, President Donald Trump is heading to Fayetteville Monday to campaign for Republican State Senator Dan Bishop, who is in a tight race with Democrat Dan McCready in the 9th District.

A McCready win would flip a House seat to the Democrats and add to the majority they won in 2018. The seat has been vacant for nine months after a narrow GOP win last November was overturned amid allegations of absentee ballot fraud.

The 9th District stretches from the suburbs of Charlotte east toward Fayetteville. The 3rd District takes in the counties along the state’s Atlantic coast.

Polls point to a close race between McCready, a political newcomer who came close to winning in last November’s disputed election, and Bishop, a veteran state lawmaker whom Republican picked to replace their previous tarnished nominee.

In November, McCready fell 900 votes short in a race against Republican Mark Harris. But the State Board of Elections ordered a rerun of the election after allegations of absentee ballot fraud were raised against a contractor working for Harris.

The contractor is now facing criminal charges; Harris dropped out of the race, clearing the way for Republicans to pick Bishop in an effort to keep the seat.

Bishop, 55, is a social conservative who has served in both houses of the legislature. He is best known as one of the authors of North Carolina’s “bathroom bill,” a law passed in 2016 which required transgendered people to use the restroom assigned to their birth gender in public facilities. After a public outcry and organized boycotts of the state, the law was repealed in 2017.

Trump won the district by 12 points in 2015, but the district swung toward the Democrats in 2018, part of a similar shift seen in suburban areas across the South.

While that shift allowed Democrats to make breakthroughs in Atlanta, Dallas, Houston, Richmond, Charleston and Oklahoma City, they came up short in all four targeted House races in North Carolina. Winning Tuesday would be a bit of redemption.

Republicans currently hold a 8-to-3 advantage in the state’s congressional delegation, with two seats vacant.