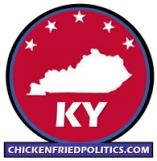 “We’re going to have a change in the governorship based on the vote of the people,”  Bevin said at a November 14 news conference after the results of the recanvass came in. “I wish Attorney General Beshear well as he transitions to his next role in this state. It’s a big responsibility.”

He also said “every single facet of our administration that is desired is ready, willing and able … to help in this transition process.” 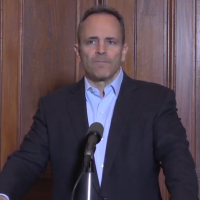 Bevin had refused to concede on election night, citing unspecified “irregularities” in the election. He asked for a recanvass, in which elections officials in the state’s 120 counties rechecked the accuracy of vote totals that had been reported.

The recanvass showed almost no change in the results in initially reported, which showed Beshear beating Bevin by 5,189 votes out of more than 1.4 million cast.

Ballots were not recounted; the state uses a system where paper ballots are marked and scanned by machines.

Watch Governor Matt Bevin’s concession at end of this story.

Beshear reacted to Bevin’s decision not to further contest the election on Twitter: “It’s official – thank you Kentucky. @GovMattBevin and his team have already begun a smooth transition. It’s time to get to work!”

Bevin’s concession culminates four tumultuous years in Frankfort that featured a bitter feud with public school teachers opposed to the governor’s attempts to fix holes in the state’s pension system. He also quarreled with fellow Republicans in the legislature and tossed his own lieutenant governor, Jenean Hampton, from his re-election ticket; members of his staff then tried to fire Hampton’s staff out from under her.

But Bevin’s most significant battle was against Beshear, who used the attorney generalship to haul the governor into court at least eight times, including a lawsuit that torpedoed a GOP-backed pension reform plan. The race between the two men became acrimonious, with Beshear accusing Bevin of being a bully and Bevin dismissing Beshear as a leftist ideologue.

Bevin wrapped himself in the mantle of President Donald Trump, who came to rally the Republican faithful in Lexington on the night before the election. But even Trump’s coattails — in a state he carried by 30 points in 2016 — couldn’t save a governor who topped the list of the nation’s most unpopular governors through much of his term.

Beshear, 41, who takes office December 10, will be following in the footsteps of his father, Steve Beshear, who served as governor from 2007 until 2015.

His lieutenant governor running mate, Jacqueline Coleman, an public school assistant principal and basketball coach, will take office at the same time. She has announced that she is expecting a child in February.

Beshear and Coleman will be the lone Democrats among statewide elected officials in Kentucky; Republicans swept the remaining five posts, including Attorney General-elect Daniel Cameron, a protegé and former aide to the state’s senior Republican, Senate Majority Leader Mitch McConnell, who will be the first Republican to hold that office in 71 years.