Home » At The Statehouse » Andrew Gillum withdraws from politics, enters rehab after encounter with police in hotel room

Gillum, the Democratic candidate for Florida governor in 2018, was found “inebriated” in a Miami Beach hotel room where drugs were present 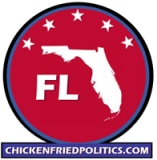 MIAMI (CFP) — Andrew Gillum, who narrowly lost a bid for Florida governor in 2018, has announced he will withdraw from political life and enter a rehab program for alcoholism after after police found him “inebriated” Friday night in a Miami Beach hotel room where paramedics had been called to treat a man for a drug overdose.

Police found what they believe was crystal methamphetamine in the room with Gillum and his companion, Travis Dyson, who was taken for treatment at a local hospital.

Gillum, 40, was not arrested or charged and denied he was using drugs.

He announced Sunday that he would enter an undisclosed treatment facility for “alcohol abuse,” which he attributed to depression in the wake of his defeat in the governor’s race.

“This has been a wake-up call for me,” he said in a statement. “I am committed to doing the personal work to heal fully and show up in the world as a more complete person”

Gillum said he would be “stepping down from all public facing roles for the foreseeable future,” including working as a political analyst for CNN and leading an organization he set up to help his gubernatorial run, Forward Florida Action, which has been working to register 1 million new voters ahead of the 2020 election.

According to the police report of the incident, paramedics and police were called to a hotel in South Beach by a man identified as Aldo Mejias, who told them he arrived at the room to find Dyson and Gillum “under the influence of an unknown substance.”

Dyson was having trouble breathing, and Gillum was vomiting in the bathroom, the report said.

When police arrived, Gillum “was unable to communicate with officers due to his inebriated state,” according to the report. Gillum left the hotel on his own, police said.

Police found three small baggies of what is believed to be crystal meth in the room, according to the report.

Mejias told police he had given Dyson his credit card to rent the hotel room. The report does not describe what connection, if any, he had with Gillum.

In 2018, Gillum, then mayor of Tallahassee, surged to a surprise win in the Democratic primary for Florida governor. He lost to Republican Governor Ron DeSantis by 34,000 votes in November.

Last year 2019, a federal grand jury subpoenaed records from Forward Florida and Gillum’s gubernatorial campaign. The scope of the federal investigation is still unclear, and no charges have been brought.

By shumater in At The Statehouse, Florida on March 14, 2020.
← Joe Biden crushes Bernie Sanders in Mississippi Joe Biden sweeps to another victory in Florida Democratic presidential primary →