Home » Insight » Insight: How the coronavirus crisis has set off odd, angry crosscurrents across Southern politics

Insight: How the coronavirus crisis has set off odd, angry crosscurrents across Southern politics 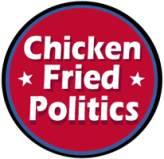 The collision between an untreatable and potentially deadly virus and a conservative Southern political culture that is both business-friendly and skeptical of government dicta has sent odd and even angry crosscurrents rippling across the region’s politics.

For example, in Mississippi, Governor Tate Reeves, who was slow to close down his state, had to backtrack on plans for a quick reopening when coronavirus cases rose, on the same day that legislators from both parties united to strip him of authority to spend a $1 billion pot of federal coronavirus money.

An angry Reeves accused them of “stealing.”

In Nashville, Mayor John Cooper proposed a whopping 32 percent property tax increase to deal with a coronavirus-related shortfall in city revenue — and admitted that he agreed with critics who began howling about the possibility of sharply higher tax bills.

But, said Cooper, the city has no other choice.

In Georgia, Governor Brian Kemp stubbornly stuck to plans to reopen his state, even though Peach State mayors and even President Donald Trump had urged him not to do so.

Coronavirus lockdowns have triggered angry protests across the South, and governors have struggled to stop pastors from holding church services — raising First Amendment arguments in the nation’s most religious section.

With a few exceptions, states in the South were among the last to close down due to the coronavirus, and they are now among the first to begin reopening, in spite of warnings from some public health officials that doing so might be dangerous.

The decisions being made by Southern governors certainly reflect the political split that coronavirus is increasingly causing nationwide, with conservatives willing to accept risk to revive the economy and liberals taking a more cautious (critics might say overcautious) approach that prioritizes public health over economic good.

Ten of the 14 Southern governors are Republicans, and the GOP controls both legislative chambers in every state except Virginia, fostering a political culture that tends to be friendly toward business interests and libertarian when it comes to questions of personal liberty.

But the push to reopen also reflects that fact that except for Louisiana, the coronavirus crisis has not been as extreme in the region as it has been in hot spots such as New York and New Jersey.

While Louisiana’s death rate per 100,000 people stands at 40, Georgia comes in at 11, and the rest of the Southern states are all less than 10 — statistics that bolster the arguments of unemployed people demanding an end to stay-at-home orders, although providing little comfort to people at higher risk for contracting COVID-19.

The push to reopen is also attractive to Southern leaders for another reason — the lockdown is blowing a hole in state and local budgets that will only get worse the longer it goes on, presenting an unpalatable choice between steep budget cuts or higher taxes.

State governments can’t deficit spend, and the income and sales tax revenues they rely on are falling sharply. The effect of the sales tax plunge will be particularly acute on three Southern states that don’t have an income tax to fall back on, Texas, Florida and Tennessee.

Florida — where Governor Ron DeSantis drew sharp criticism for being late to close — is also heavily reliant on taxes generated by tourism, which has been decimated by the crisis. Oil prices have also crashed, which affects Texas, Louisiana and Oklahoma, where lawmakers have been warned that they’ll need to deal with a $3 billion hit to the state’s budget.

Southern legislators have traditionally been reluctant to raise taxes, particularly income taxes in states that have them. But if they stick to that tradition, the cuts needed to balance budgets could be extreme — prompting outrage not only from those affected by the cuts, but also from those who believe the lockdowns were an unnecessary overreaction that caused more problems than they solved.

The strongest coronavirus crosscurrents have been seen in North Carolina and Kentucky, where Republicans control the legislature and Democratic governors were quicker to close and have been more reticent to reopen than their GOP counterparts.

In North Carolina, Roy Cooper faces the unenviable prospect of running for re-election in the middle of the pandemic against Republican Lieutenant Governor Dan Forest, who has been pushing the governor to move more quickly to reopen parts of the state less affected by the virus.

Anti-lockdown protests have also grown in size and anger in North Carolina, with much of the ire directed toward Cooper.

In Kentucky, Beshear’s moves to clamp down on church services have drawn criticism from U.S. senators Mitch McConnell and Rand Paul and other Republican leaders.

The GOP holds super-majorities in both houses of the legislature and could force Beshear to back down from his coronavirus restrictions, although — perhaps fortunately for the governor — legislators don’t have the power to call themselves back into session to undo his handiwork.

In the Southern state hit hardest by coronavirus, Louisiana, Democratic Governor John Bel Edwards’s imposition of a lockdown has encountered less resistance. But even there, some Republicans in the legislature are now plotting to use an obscure state law to force him to reopen the state.

The coronavirus crisis has focused attention, both nationally and regionally, on governors; however, governors in just two Southern states, North Carolina and West Virginia, have to face the voters this fall.

Of more consequence come November will be whether the Trump administration’s handling of the coronavirus crisis affects Republican candidates in races for federal offices, particularly the U.S. Senate, where 14 Southern seats are up.

That list includes both seats in Georgia, where Kemp has, for better or worse, forged his own path in dealing with the virus, and McConnell’s seat in Kentucky, where he’s already running ads touting his role in pushing coronavirus relief bills through Congress and his Democratic opponent, Amy McGrath, is deriding those bills as a sop to special interests.

Because no one knows how long the coronavirus crisis will last, or how things will turn out, its political consequences are as yet unknowable, particularly because we’ve never been through a crisis quite like this before.

Political stability and certainty, it seems, lie among coronavirus’s victims. The rest is unlikely to be peaceful.