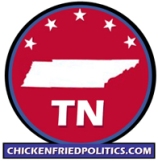 NASHVILLE (CFP) — With the backing of President Donald Trump and the Republican establishment, Bill Hagerty, the former U.S. ambassador to Japan, has won his party’s nomination for an open U.S. Senate seat in Tennessee.

Bradshaw, who spent less than $10,000 on her primary campaign, was the surprise winner of the Democratic primary over Nashville attorney James Mackler, who had raised more than $2 million for the race but could only muster a third-place finish.

Also in Thursday’s primary, Republicans in the 1st U.S. House District in East Tennessee picked Kingsport pharmacist Diana Harshbarger as their nominee to replace retiring Republican U.S. Rep. Phil Roe, making her a prohibitive favorite to win in November in the state’s most Republican district. 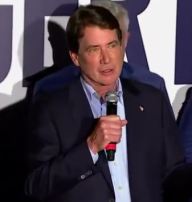 Hagerty speaks at victory rally in Gallatin (WBIR via YouTube)

He received an immediate endorsement from Trump, despite the fact that Hagerty had backed Trump rival Jeb Bush in the 2016 election and has a long association with 2012 GOP nominee Mitt Romney, the only Republican senator to vote for Trump’s impeachment.

Speaking to supporters at a victory celebration in his hometown of Gallatin, Hagerty thanked Trump, who he said “had my back since before the beginning of this.”

“Thank you for being the inspiration for me, President Trump. I look forward to help you continue moving forward,” he said. “We’ve got to stand up to the radicals in Washington that want to push us off the cliff into socialism.”

Hagerty had put together a collection of disparate supporters that included not only Trump, his son Donald Jr., and Fox News host Sean Hannity, but also support from Bush, Romney and Senate Majority Leader Mitch McConnell.

Sethi countered with endorsements of his own from U.S. Senators Ted Cruz of Texas and Rand Paul of Kentucky, along with conservative groups such as the Family Research Council, Gun Owners of America, and the anti-abortion Tennessee Heartbeat Coalition.

The race grew contentious and both men competed for the Trump mantle. Hagerty’s campaign branded Sethi as a “Never Trumper” and highlighted the fact that he was a finalist for a White House fellowship under former President Barack Obama; Sethi’s returned the favor by highlighting Hagerty’s ties to Romney and Bush.

Given that Tennessee hasn’t elected a Democrat to the Senate in 30 years, Hagerty will be a heavy favorite in November against Bradshaw, who won her primary with 36% of the vote.

In the 1st District, which stretches from the Tri-Cities west toward Knoxville, the Republican primary to replace Roe turned into a 14-candidate free-for-all. Harshbarger won with 19%, followed by State Rep. Timothy Hill from Blountville at 17% and State Senator Rusty Crowe from Johnson City at 16%.

Because Tennessee does not have primary runoffs, Harshberg won with a plurality and will now face Democrat Blair Walsingham, a farmer from Hawkins County, in November.

The Republican nominee will be the prohibitive favorite in the state’s most Republican district, which the party has held continuously for 140 years.

In other races in Thursday’s primary, the two Democrats in the Volunteer State’s congressional delegation — U.S. Reps. Jim Cooper of Nashville and Steve Cohen of Memphis — both easily turned back primary challenges, although Cooper was held to 54%.

Uniquely among states, Tennessee holds its primary elections on Thursdays, rather than Tuesdays, although the general election in November will be held on a Tuesday as it is in the rest of the country.

The fundraising leader in the race is Diana Harshbarger, a Kingsport pharmacist who has raised nearly $1.5 million. She’s followed by Josh Gapp, a Knoxville pathologist who had initially run in the Senate primary until Roe announced his retirement, and former Kingsport Mayor John Clark.