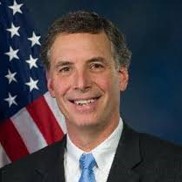 Rice was the only one of the 99 Southern Republicans in the House who supported a resolution accusing Trump of inciting insurrection in last week’s deadly riot by his supporters in the Capitol.

“I have backed this President through thick and thin for four years,” Rice said in a statement explaining his vote. “I campaigned for him and voted for him twice. But, this utter failure is inexcusable.”

Rice hit Trump for not doing more to quell the violence in Capitol, both while it was happening and in the days since.

“The President has not addressed the nation to ask for calm. He has not visited the injured and grieving. He has not offered condolences. Yesterday in a press briefing at the border, he said his comments were ‘perfectly appropriate.'”

Rice had not signaled, either to his constituents or the news media, that he was going to support impeachment before casting his vote on the House floor Wednesday.

It came a week after Rice joined with the rest of the Palmetto State’s Republican delegation to object to the counting of President-elect Joe Biden’s Electoral College win — a vote that came after a mob sacked the Capitol, leaving five people dead.

Rice, 63, from Myrtle Beach, has represented South Carolina’s 7th District since 2013. Prior to coming to Congress, he was a tax lawyer.

The district takes in the eastern side of the state along the North Carolina border, including Florence and Myrtle Beach.

The impeachment resolution passed by a vote of 232-197, making Trump the only president to be impeached twice.

While just 10 Republicans supported impeachment, that was the largest number of lawmakers from a president’s own party to ever support removal.