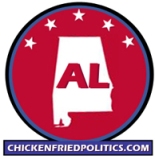 MONTGOMERY (CFP) — Former Alabama Chief Justice Roy Moore will try again in 2020 to get elected to the U.S. Senate, three years after his campaign for the same office imploded amid sexual misconduct allegations — and despite a Twitter plea from President Donald Trump to stay out of the race.

“Can I win? Yes, I can win. Not only can I, they know I can. That’s why there’s such opposition,” Moore said at his June 20 announcement, referring to Republican leaders who will now face the headache of dealing with Moore in the GOP primary as they try to reclaim the seat from Democratic U.S. Senator Doug Jones. 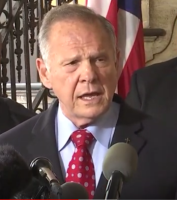 “Why does the mere mention of my name cause people just to get up in arms in Washington, D.C.?” Moore said. “Is it because I believe in God and marriage and in morality in our country, that I believe in the right of a baby in the womb to have a life? Are these things embarrassing to you?”

But it is the opposition of Trump — hugely popular in the Yellowhammer State — that may be the most formidable Republican obstacle in Moore’s path.

In a May 29 tweet, as speculation swirled that Moore might run, Trump said, “If Alabama does not elect a Republican to the Senate in 2020, many of the incredible gains that we have made during my Presidency may be lost, including our Pro-Life victories. Roy Moore cannot win, and the consequences will be devastating.”

Asked about the president’s opposition during his campaign announcement, Moore reiterated his support for Trump’s agenda and said he believed the president was being pressured to come out against him.

“I think President Trump has every right to voice his opinion. I think he’s being pushed by the NRSC,” Moore said.

Moore, 72, once again denied allegations made by five women that he pursued them sexually when they were teenagers in the 1970s — allegations that proved devastating to his 2017 campaign against Jones.

“I’ve taken a lie-detector test. I’ve take a polygraph test. I’ve done everything I could do,” he said.

Moore also said Jones’s win in 2017 — the first by a Democrat in an Alabama Senate race in 25 years — was “fraudulent” because he was the victim of a “false flag operation using Russian tactics.”

In late 2018, several news organizations reported that a group financed by a Democratic operative used Twitter and Facebook to spread disinformation against Moore, who lost to Jones by just 1 percent of the vote.

Jones, who has said he was not aware of what the group was doing, repudiated what he termed “deceptive tactics” and called for a federal investigation.

In his 2020 announcement, Moore said he suspected “Republican collusion” in the Democratic disinformation campaign, although he didn’t offer specifics.

The two top vote getters in the March 2020 primary will advance to a runoff.

The challenge for the NRSC and Senate Republican leaders will be finding a way to work against Moore while remaining neutral among the other candidates. In 2017, their open support of Luther Strange backfired when Moore turned his ties with the Washington establishment into a potent campaign issue.

Moore first gained national notoriety as a local judge in 1995 after battling the ACLU over his practice of opening court sessions with a prayer and hanging the Ten Commandments in his courtroom.

He parlayed that prominence into election as Alabama’s chief justice in 2000 but was forced out in 2003 after he had a display of the Ten Commandments installed in the rotunda of the state judicial building and then defied a federal judge’s order to remove it.

Moore was once again elected chief justice in 2012, but in 2016, he was suspended by a judicial disciplinary panel for the rest of his term for ethics violations after telling local officials that they didn’t have to comply with the U.S. Supreme Court decision legalizing same-sex marriage.

After losing an appeal of his suspension, Moore resigned from the Supreme Court to run for the Senate vacancy created when Jeff Sessions resigned to become Trump’s attorney general.

In 2017, Moore was able to use his base of support from his tenure as chief justice to get into the runoff, where he defeated Strange, who had been appointed to the seat temporarily by disgraced former Governor Robert Bentley.

Trump had backed Strange in the runoff but quickly got on board with Moore once he won. But after the sexual misconduct allegations surfaced, McConnell, Shelby and other Republican Senate leaders abandoned their wounded nominee, even announcing that they would expel him from the Senate if he won.

Jones, who now faces the formidable challenge of trying to hang on to his Senate seat in deep red Alabama, is considered to be the most vulnerable Democratic incumbent in the Senate in 2020.

Jones greeted Moore’s announcement with a tweet: “So it looks like my opponent will either be extremist Roy Moore or an extremist handpicked by Mitch McConnell to be part of his legislative graveyard team. Let’s get to work so we can get things done!”